The “What’s So Cool About Manufacturing” student video contest between local area middle schools announced the winners during an Awards Ceremony on February 23 at the Capitol Theatre in York. The online voting held February 8-10, determined the Viewer’s Choice Award. Over 58,000 votes were cast in the three day period.  Videos can still be viewed here.

The purpose of the contest is to raise awareness among students and parents about today’s advanced manufacturing environment, and the rewarding and engaging career paths and high pay scale available in the manufacturing sector. The 2.5 minute videos are available on the Dream It, Do It website at this link.

John W. Lloyd, MANTEC President and CEO, shared his view on what the contest can do for local manufacturing.   “York County enjoys a strong heritage in manufacturing unmatched anywhere in the U.S.  Our challenge is to insure we groom a workforce to rise to the level of the new and sophisticated industry environment.  “What’s So Cool About Manufacturing” exposes young people to the dynamics of the workplace in a fun and competitive way.  This initiative is one step toward developing a pipeline of talent to maintain York County’s place as a leader in manufacturing.”

“What’s so Cool About Manufacturing” is a Dream It, Do It initiative.  MANTEC partnered with York County Economic Alliance to launch the contest in York County.  Professional feedback for students was provided by Hayman Studio. 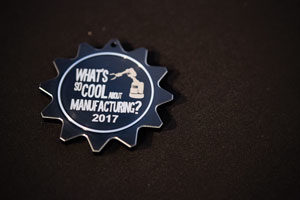 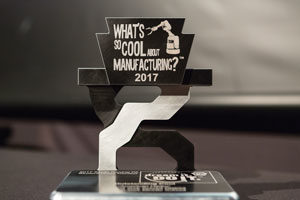 What You Need to Know: Virtual Manufacturing Innovation Summit

Subscribe to Our Newsletter
Recent Posts
Back To Top

Let Me Know About Upcoming Events!