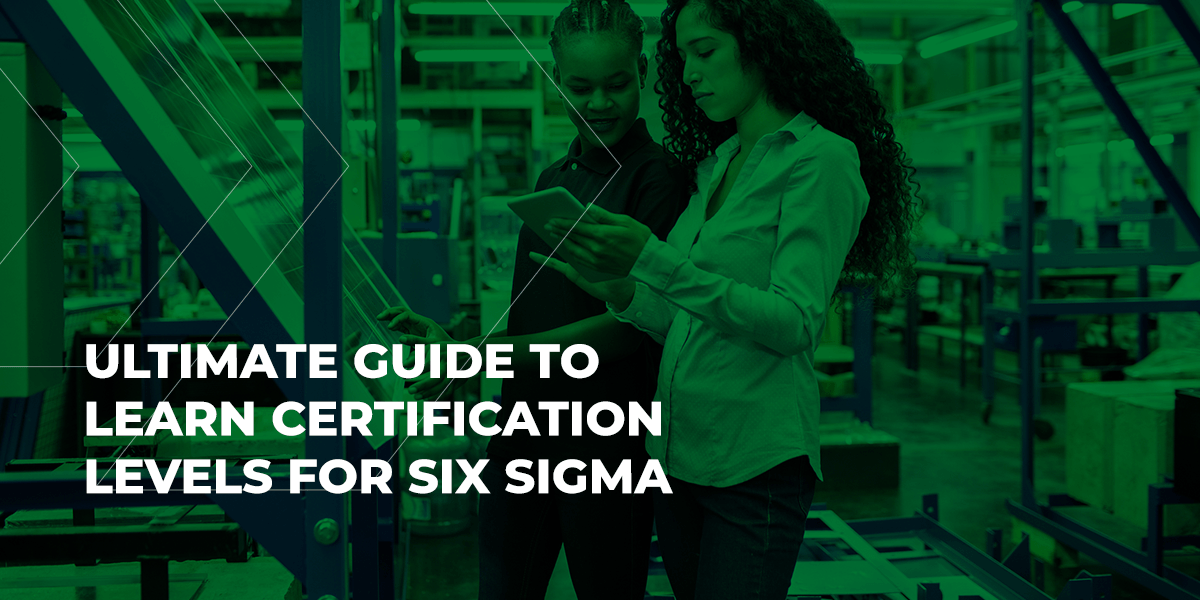 The Six Sigma program works to standardize a company’s problem-solving approach and form the way it ideates process solutions. To accomplish this goal, the methodology uses five data-driven stages — Define, Measure, Analyze, Improve and Control (DMAIC). To complete the Six Sigma certification program, a professional must master each of these concepts.

Why Is the Concept Called Six Sigma?

The name Six Sigma comes from the bell curve used in statistics in which one Sigma symbolizes one standard deviation from the mean. When a process exhibits six sigmas — three below the mean and three above it — the defect rate is extremely low. Because Six Sigma uses statistics to measure the capability of a process, referring to the concept as Six Sigma suits its purposes.

The Six Sigma methodology was developed in the early 1980s by Bill Smith at Motorola to help measure the company’s defects and improve overall quality. Since its inception, Six Sigma has been successfully implemented by General Electric (GE) to save money by reducing waste and improving product quality.

Due to the success GE enjoyed with Six Sigma, the process has become widely popular with other organizations. Numerous companies internationally rely on Six Sigma to improve their processes and incite positive changes in the workplace these days.

What Are the Six Sigma Belt Levels?

Below is a general description of each certification level a professional can achieve within the Six Sigma program:

What Are the Roles of the Six Sigma Belts?

These are the various ways the Six Sigma belts interact with and support each other:

Can You Skip Belts in Six Sigma?

The Six Sigma belt levels are structured to indicate a professional’s understanding of the depth and scope of LEAN Six Sigma tools and their applications. If a worker demonstrates advanced knowledge of Six Sigma techniques and can successfully implement the solutions with applications on industry case studies, they may be approved to skip a level. 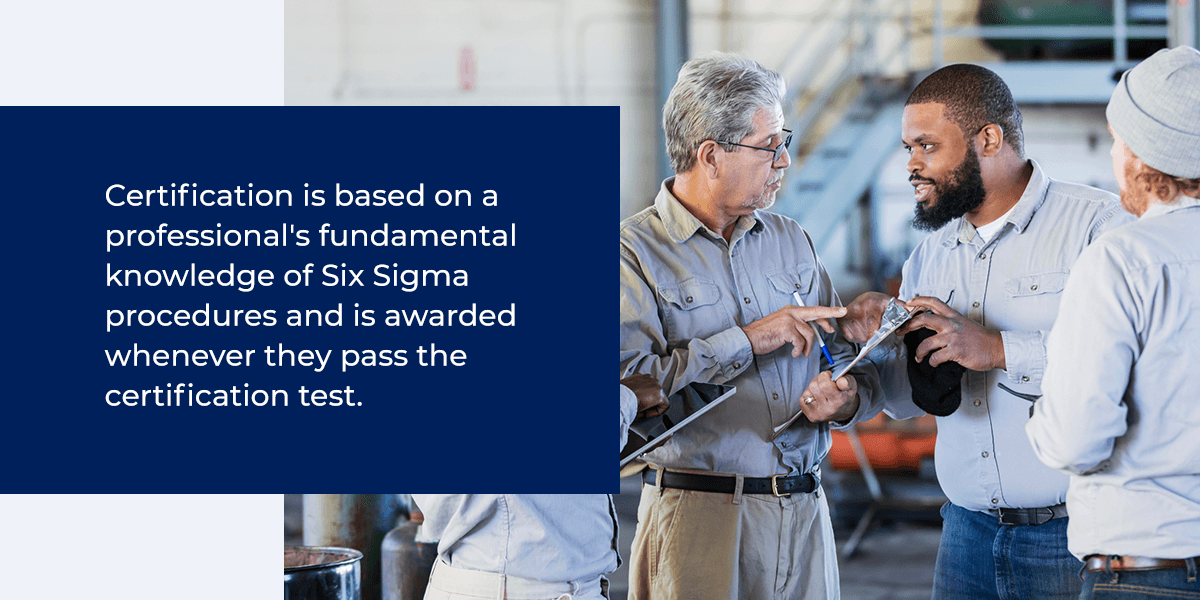 How Long Does It Take to Learn Six Sigma?

Because the Six Sigma career certification paths are self-paced, the timing of the program may vary. In general, earning a Six Sigma black belt certification takes a few months. However, those with previous Six Sigma experience may complete the program faster than others. Certification is based on a professional’s fundamental knowledge of Six Sigma procedures and is awarded whenever they pass the certification test.

What’s the Difference Between LEAN and Six Sigma?

Although LEAN and Six Sigma share the same goal of instituting efficient processes and eliminating waste, they take different approaches to accomplishing it. LEAN concentrates on analyzing workflow to find ways of reducing cycle time and eliminating waste, while Six Sigma focuses on achieving consistent results. LEAN and Six Sigma can be combined to create LEAN Six Sigma levels, which take the best of both programs to improve a company’s processes from multiple angles.

Which Six Sigma Certification Is Most Recognized?

The most notable names in Six Sigma certification are the American Society for Quality (ASQ) and the International Association for Six Sigma Certification (IASSC). In general, the body of knowledge taught by both courses is nearly the same material. The main difference between the two programs is that the ASQ exam concludes with an open-book test, while IASSC administers a closed-book exam.

Although ASQ and IASSC are well-known national Six Sigma providers, many companies may benefit more from using a locally based Six Sigma program, such as MANTEC, which can tailor courses to manufacturing operations specific to the area. 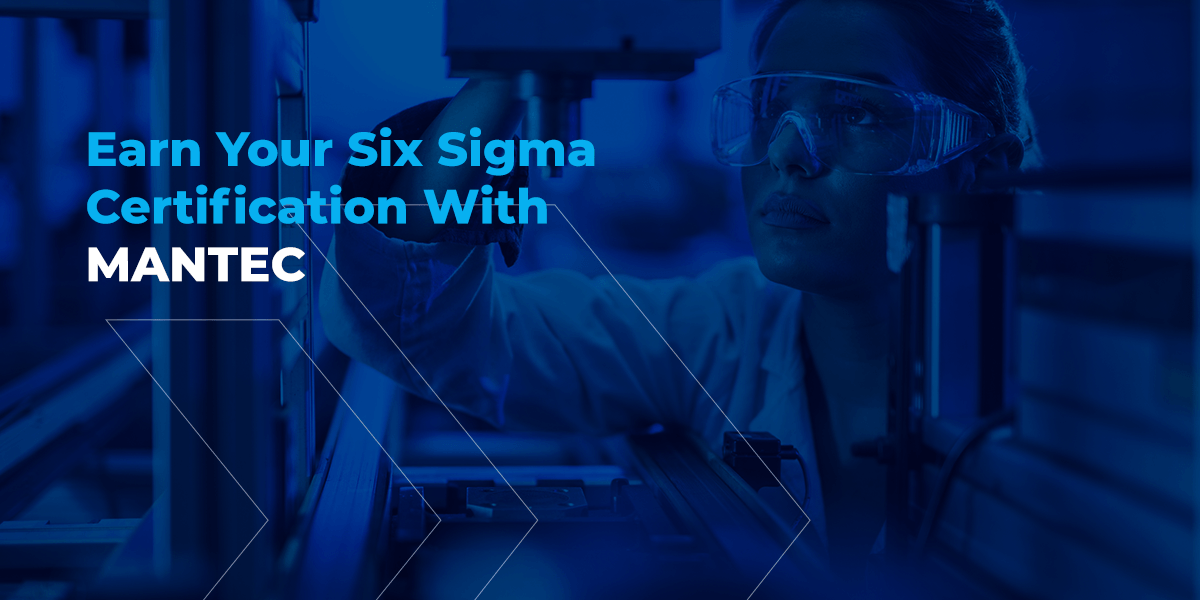 To get the most out of your Six Sigma certification program in Pennsylvania, contact MANTEC today for a list of course schedules.

MANTEC Launches Recruitment as CEO Prepares to Step Down